Get to Know Your Dev: Episode 8

Let's get to know one of our resident programmers, Katharine Anderson! 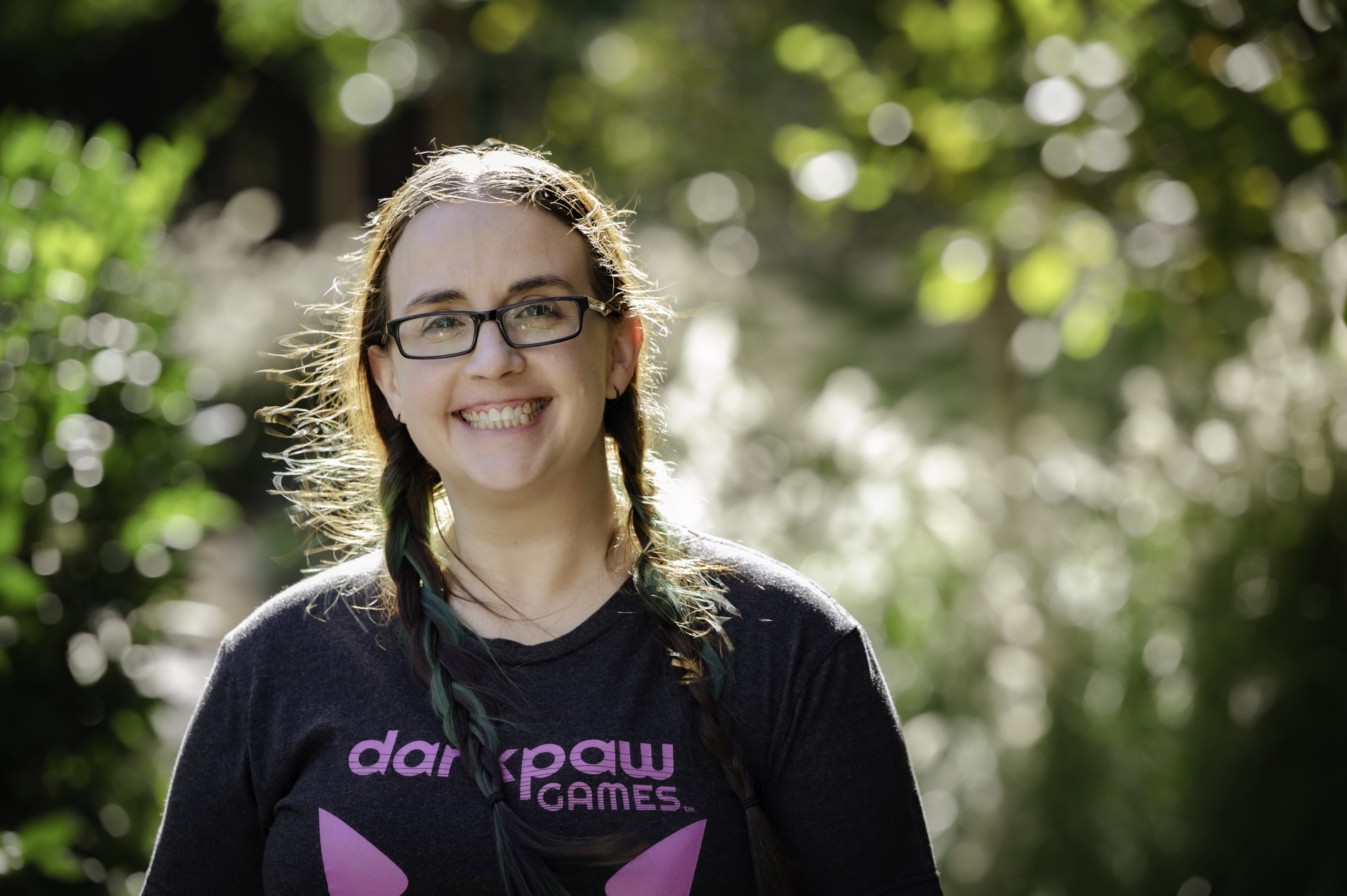 Honestly, it was kind of luck. I had come back to being a GM after a brief break and wanted to get back into the programming side of things. I spoke to my manager about it and EverQuest had literally just posted a listing for a new Associate Programmer earlier in the week. As it turns out, Jenn Chan remembered me from a meeting about four years earlier (from when I had shifted over to being an EverQuest GM from PlanetSide 2) and here I am!

What was the first project you worked on for EQ?

The first big project I worked on was adding the luck stat to EverQuest. It was very interesting because we hadn't added a stat on its own before and it touches nearly all of the systems in the game.

What is your favorite project that you’ve worked on for EQ?

While not glamorous or even player facing, I really love working on our internal tools. When I first started, I really wanted to create a new set of tools for our GMs. It took a lot of work (and a lot of patience) but they now have tools that are a lot more modern and user-friendly.

I had been out of work for a short while and found a spot on the Customer Service team at a really small company that did outsourced support for a handful of video games. Both of my supervisors had previously worked at Sony Online Entertainment. Eventually, I wanted more than the smaller company and one of my supervisors helped me join the Free Realms CS team. From there I went on to be a GM for almost all of our games (Clone Wars Adventures, PlanetSide 2, EverQuest, EverQuest II, to name a few) for a total of about six and a half years before I found my forever home as an EQ programmer :).

What advice do you have for someone who wants to break into the game industry?

Sometimes it can be easier to come in at a non-development position, like Customer Service or QA, however a lot of getting into this industry is networking and knowing the game. My main piece of advice is to know the game you're trying to get in on and/or have questions ready that you'd like to ask a developer.

Who is your favorite NPC in EverQuest?

My favorite EQ NPCs are Smimoth Icemir (sneakily named after many jokes about how I'm one of the few people who genuinely likes Smirnoff Ice) and Taky Tabbardt (who is named after me and talks just like Pip and I do when we have our "Midwest battles").

What was the most challenging/rewarding project you’ve worked on?

Again, I enjoy working on our internal tools, and I love it even more when I see them being used. We'd been working on creating a tool to help our designers create some content more easily and with a friendlier interface. When some newer designers had just started, I sat in on the training for that tool and I had never felt more accomplished.

What do you know now that you wish you knew when you got started?

It is absolutely normal to feel like you have no idea what you're doing. For at least the first year, I felt like I wasn't contributing anything, and all of my questions were super annoying (this was definitely all in my head). Now that I help train newer programmers, it's even more clear that I was stuck in my own head and try to make sure that they don't make that same mistake I did.

What’s the first thing that got you interested in working in the gaming industry?

My brother and I grew up playing video games. It's kind of amusing because he was the one who always wanted to make video games (if I remember correctly, he wanted to work for Bullfrog, we were both big fans of Dungeon Keeper). When I was a GM, I managed to snag enough brownie points to sit with various developers in different disciplines (I was a bit of an overachiever and had a LOT). I sat with a producer and designer, and while it was definitely interesting, it didn't feel like it was for me. Then I got to sit with James Campion who was a programmer on PlanetSide 2. After just five minutes, I knew this was what I needed to do with my life. Literally the next day I signed up for classes and spent two solid years working full time and going to school full time so I could become a programmer.