What are the first illusions you’ll add to your new Illusion Key Ring?

Do you ever wish you could appear to be someone or something else, just for a little while? Perhaps you’d like a different buff with your illusion? And how would you like to be able to change or combine those benefits on a whim? If this sounds like you, you’ll want to purchase The Broken Mirror expansion; doing so gives EVERY character on your account an Illusion Key Ring!

The Illusion Key Ring, included with The Broken Mirror, helps you free up valuable bag space on your characters and allows you to readily locate your favorite personal character illusions from one easy-to-use tab. In addition to being able to find your favorite visual illusion, you’ll be able to assign a “stat illusion” to receive the stat bonuses from, while keeping the appearance from another illusion.

So, if you love the stats on your Polymorph Wand: Bixie Soldier, but prefer the appearance of a Twisted Gnomework, it’s no problem!  By allowing separate stat and illusion appearance settings, the Illusion Key Ring gives you more ways to easily customize your character in-game! 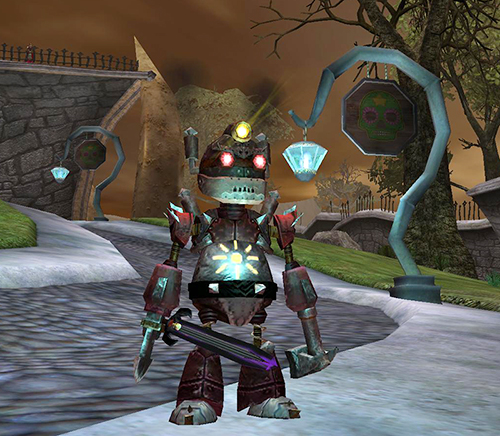 Each character will start with an Illusion Key Ring that has 10 slots available for your personal character illusions. Do you have a really large collection of illusions? You can expand the size of your Illusion Key Ring by purchasing additional slots from the Marketplace. Additional slots are also featured items included in the Collector’s and Premium editions of the expansion. 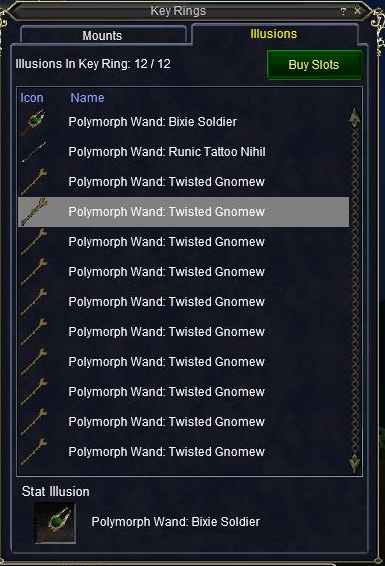 Which illusions will you pack with you as you prepare to enter The Broken Mirror on Wednesday, November 18, 2015? If you haven’t purchased already, remember that All Access members save 10% when purchasing The Broken Mirror expansion.