Call of the Forsaken: The Western Plains of Karana

Some citizens of West Karana believe that these changes mark the end of the world. Are you prepared to do what you must to save Norrath?

The ground rumbles across the plains of West Karana. The land contorts as the barrier between dimensions breaks down. A chasm opens. Lady Lendiniara, a dragon from another dimension, breaches Ethernere and is thrust into our Norrath. Mountains of debris rise. Rivers of lava flow over the land.

Some citizens of West Karana believe that the upheaval marks the end of the world. The guards of Qeynos have entered the plains and set up base camps in order to calm and assist the inhabitants of West Karana. Meanwhile, Ethernere and its mysterious creatures invade Norrath and begin to consume its land and population. 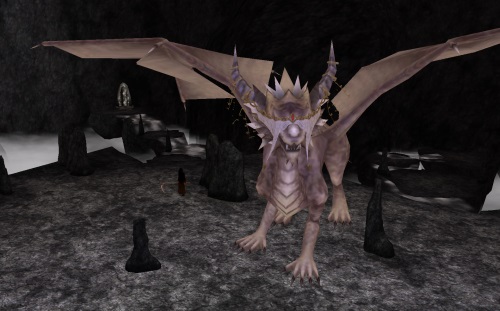 “Are you fearless? Do you not dread my claw, tooth, or breath? Thus far, the only ones who have had the will to approach a dragon are the ones whose insanity has substituted for courage.” – Lady Lendiniara

After arriving in this strange alternate universe, Lendiniara's first thought was to reenter Ethernere in an attempt to return to her proper reality. Landing on the floating island of rock in the place where she entered this dimension, Lendiniara searched for passage home but could not find it. And so, here she remains, communing with those that travel through the portals, attempting to find anyone who would help her return whence she came. 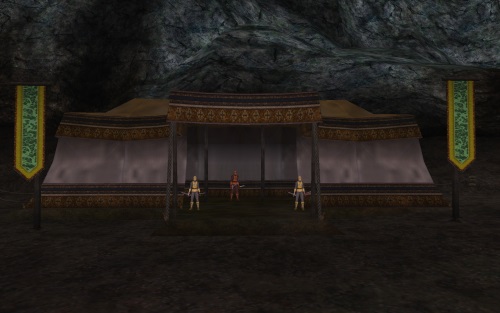 Dragons are not often welcome visitors, especially in a land torn asunder by an unexplained cataclysm. A military squad from Qeynos, led by General Brustus Tacitum, has been dispatched to assess the damage done by the invasion from Ethernere. Their mission is to provide aid for citizens in danger, reestablish a sense of order in the region, and destroy the dragon thought to have caused the incursion. 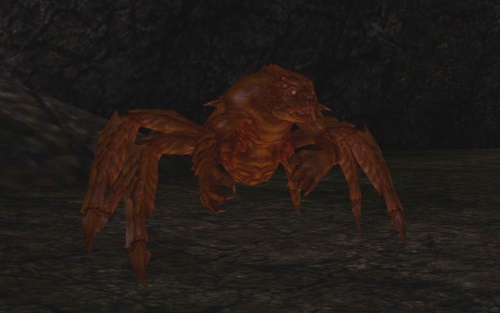 The exposure to Ethernere has even transformed the local wildlife. The numerous giant spiders and bears in the area have fused together, forming a new species of creature known as the ursarachnid. These new creatures, with an instinct to trap their prey and store them in caves, have taken up residence in West Karana. 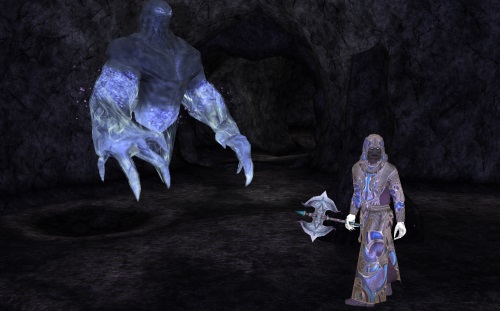 Lendiniara was not the only being to arrive from Ethernere. When the passage to this dimension opened, the Harrowing Horde came through as well. The beings that make Ethernere their home thrive on living essences, and they have emerged into Norrath to claim the energy of its inhabitants.

Unless Lady Lendiniara can be sent back to the dimension from which she came, the passageway to Ethernene will remain open and all of Norrath will be lost to the gray mists between worlds. With this in mind, will you work to aid Lady Lendiniara, or seek to destroy her?

Pre-order Call of the Forsaken today, and receive a number of great in-game rewards!

Share On:
Previous Article News Archive Next Article
Big Bags Are Back in the Marketplace!
Call of the Forsaken: Neriak Fourth Gate
Download
Filter By: