Take a moment to refresh on all of the incredible content that the Planes of Power expansion brought to EverQuest!

The Planes of Power expansion will be unlocking on the Coirnav Progression Server on February 13, 2019! Before that happens, you can refresh on some of the most memorable pieces of content that EverQuest’s fourth expansion brought to Norrath with this progression primer! 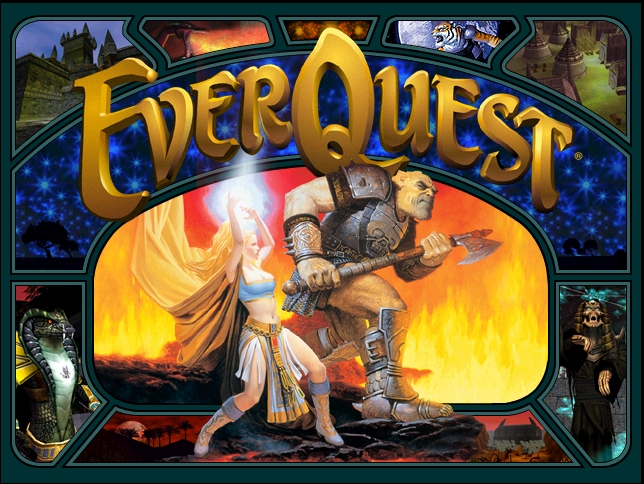 Planes of Power: The Essentials

The Planes of Power was the fourth EverQuest expansion, which was geared towards more advanced players at its launch. This expansion introduced an abundance of planes for adventurers to explore, raised the level cap to 65, and introduced new Alternate Advancement options for the full range of available classes.

The many gods of Norrath reside in astral realms known collectively as the Planes of Power. Each of the planes is ruled by a unique deity, most of whom do not take kindly to trespassers – they consider it their most important duty to keep their realms safe from outsiders. If you want to explore all of the planes, you’ll have to make your way through them one at a time.

Exploring the Planes of Power

If you think you’re fully prepared to explore the Planes of Power and face the unwelcoming gods, you’ll first have to make your way to the Plane of Knowledge. The Plane of Knowledge is a central hub where all adventurers can gather, regardless of their backgrounds. From here, you can travel to almost any corner of Norrath and begin your journey through the Planes of Power. The planes are separated into tiers of divinity – for demigods, for the gods of nature and influence, and for the gods of elemental power, who hold strength and magic far beyond mortal comprehension. No one is quite certain how many planes remain undiscovered, but you, adventurer, may be among the first to find out.


The Plane of Knowledge

You can transport yourself directly to the Plane of Knowledge by touching one of the several magical books that can be found throughout the land in Norrath. Once you arrive, this will become the starting point for all of your adventures through the Planes of Power.

As previously mentioned, the Plane of Knowledge is a neutral location that functions as a centralized hub for adventurers of all sorts, regardless of their race or alignment. A powerful magic prevents combat from occurring within the city walls, keeping things as safe as possible. This bustling city is the perfect place to learn new skills, train up old ones, and meet other adventurers. 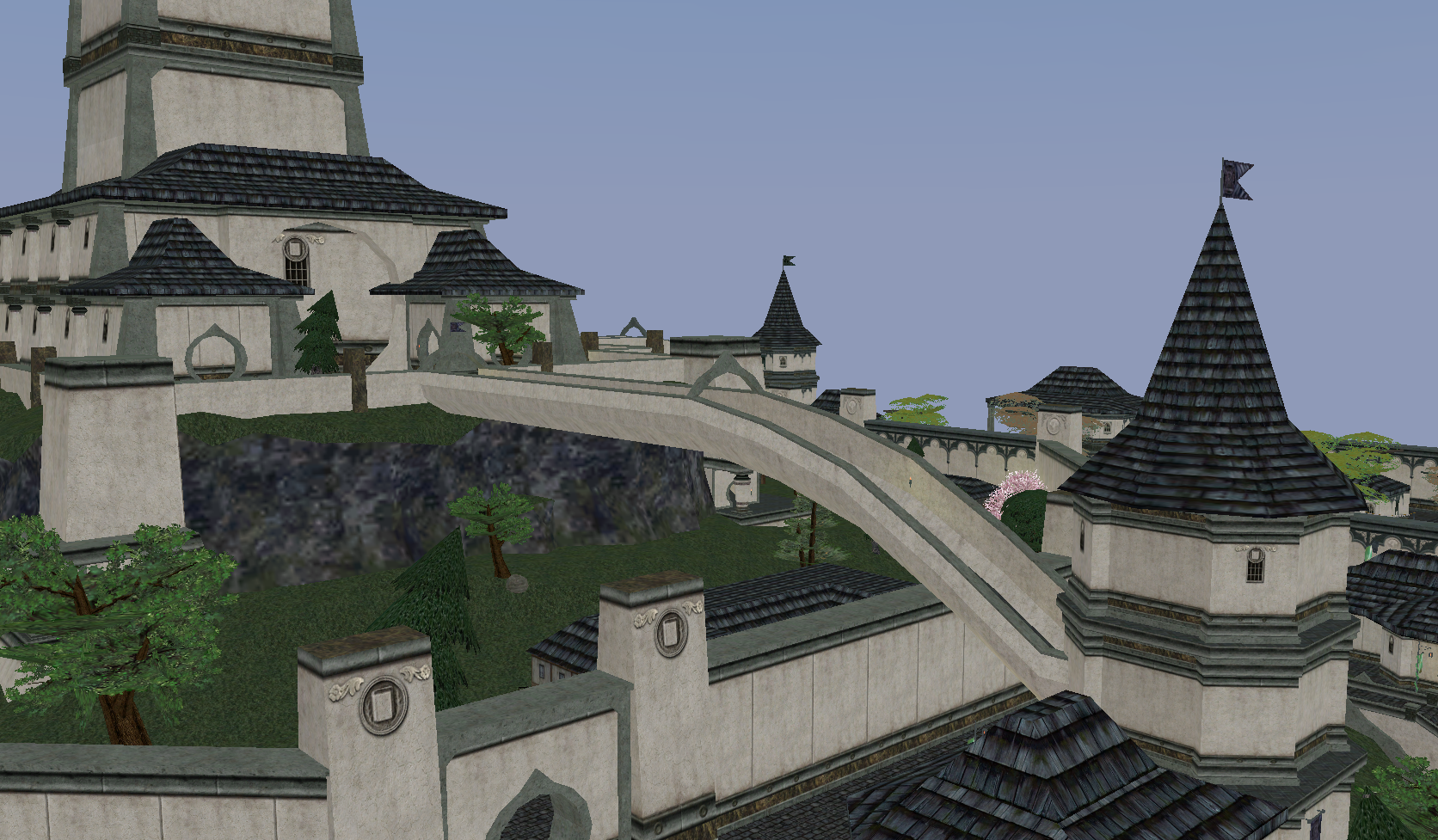 The city is separated into three districts, Kartis, Tanaan, and Selia, which surround the central library known as Myrist. Also alongside the library, you can also find a sizeable Marketplace with goods of all sorts, a bank, and ample guild housing. With so many convenient resources nearby, the Plane of Knowledge is a perfect gateway for the planes, and it is no surprise that it has become one of the most heavily visited places among all areas.

The Plane of Innovation

The Plane of Innovation is one of the first planes that you’ll come across as you begin to make your way out among the many realms. The entire area is covered in piles upon piles of industrial waste, but don’t let that fool you into thinking that this plane is uninhabited. Among the heaps of junk, you’ll find old clockwork creatures scavenging for parts to keep themselves running. Be wary of these machines, as their desperation for survival means that they don’t take kindly to anything, or anyone, that could be perceived as a threat. 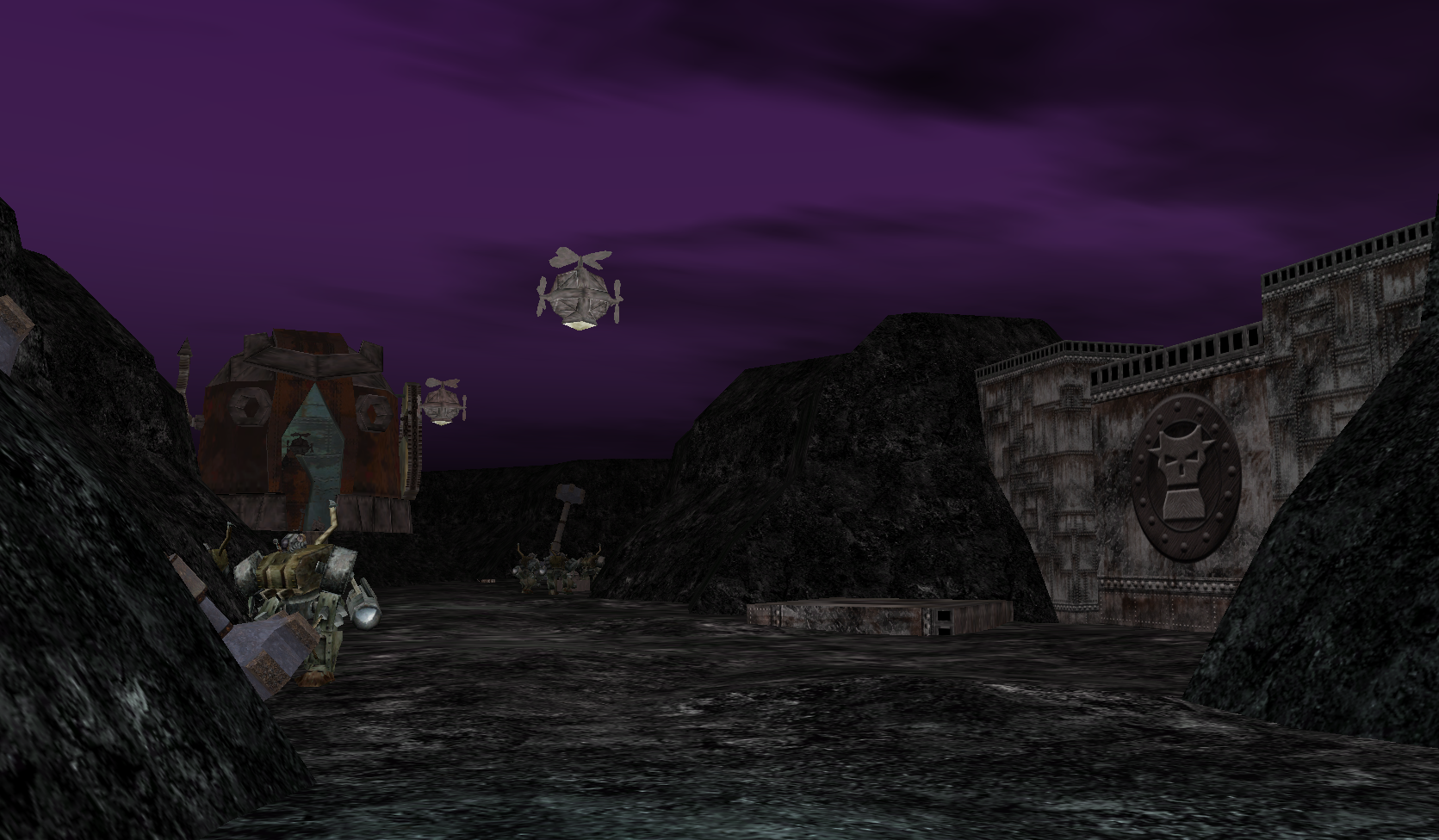 A massive steel factory sits amidst the waste, and here a number of Gnomes that have taken residency on the plane can be found hard at work building new creatures and contraptions out of the junkyard scraps. It might be expected that these machines could pose a threat, but some of these mechanical beasts are perhaps the most threatening pieces of machinery the world has ever seen. 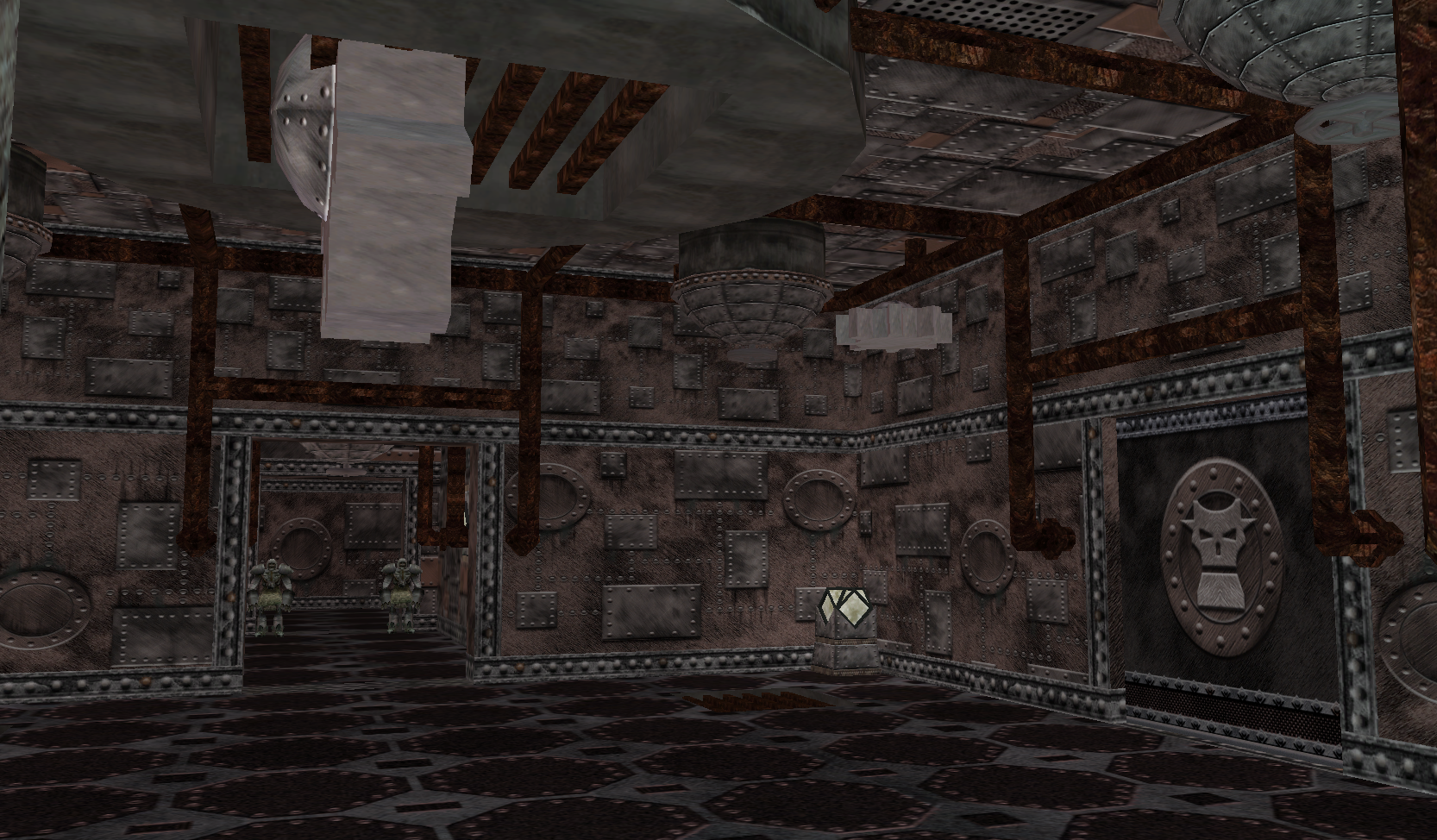 Deep within the factory lies a dangerous and powerful creation known as the Manaetic Behemoth, which is said to harness the power of both the elements and magic itself. The animate contraption also has the ability to drain life from living beings. The Manaetic Behemoth poses a dangerous threat for those who choose to face it, but defeating him will grant the victor the ability to enter the Plane of Tactics, which is better known as the home of Rallos Zek.

The Plane of Justice 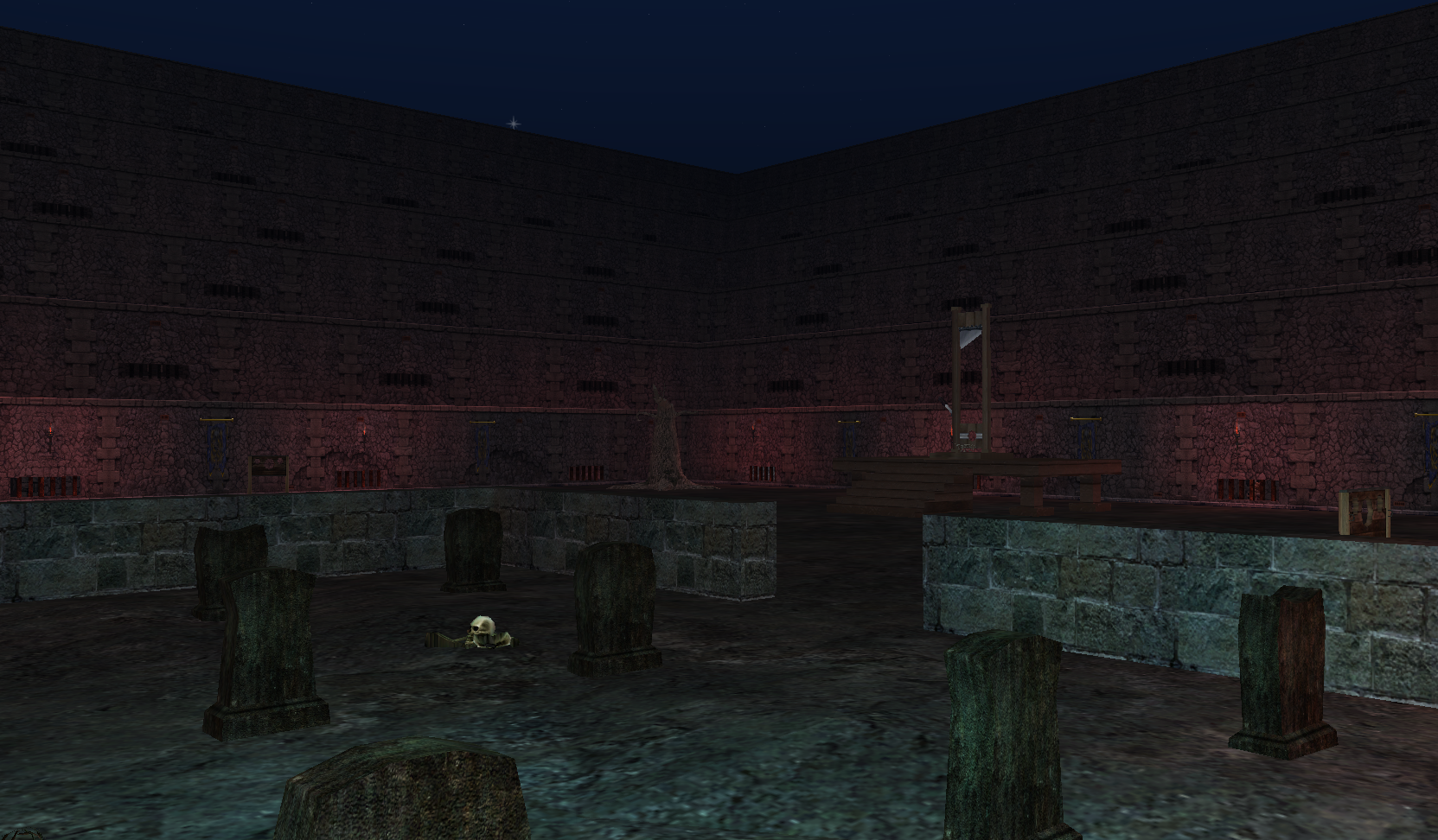 The darkened expanse of the Plane of Justice is bleak, unwelcoming, and seems to have no true bounds. Located in this area is an inescapable prison which holds those who have committed the most severe of crimes. These villainous individuals have been sent to the Plane of Justice to have their actions judged by a council of six cloaked beings who wield massive golden hammers known as The Tribunal – those found guilty are sentenced appropriately, and without mercy. 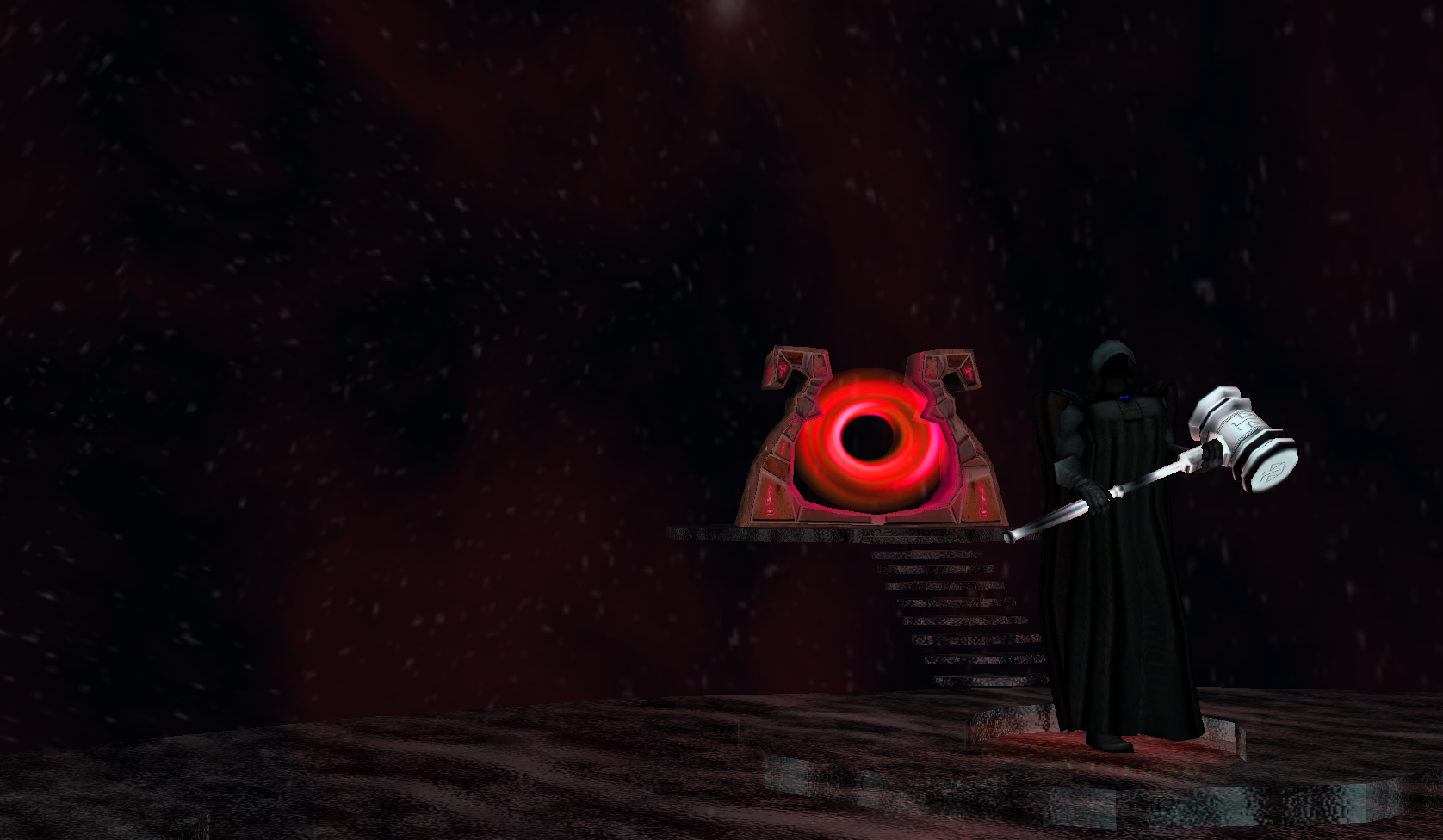 Though most of these perpetrators deserve their brutal punishments, there is a sole individual who has been wrongly imprisoned on the Plane of Justice. If you can help him regain his freedom by working alongside 5 other adventurers to pass a series of trials imposed by each member of the Tribunal, you’ll make strides towards entering the next tier of the planes.

The Bastion of Thunder can be found located on Mount Grenidor in the Plane of Storms. You’ll only be able to enter this stronghold if you’re a seasoned adventurer and have completed an important quest for Askr the Lost. 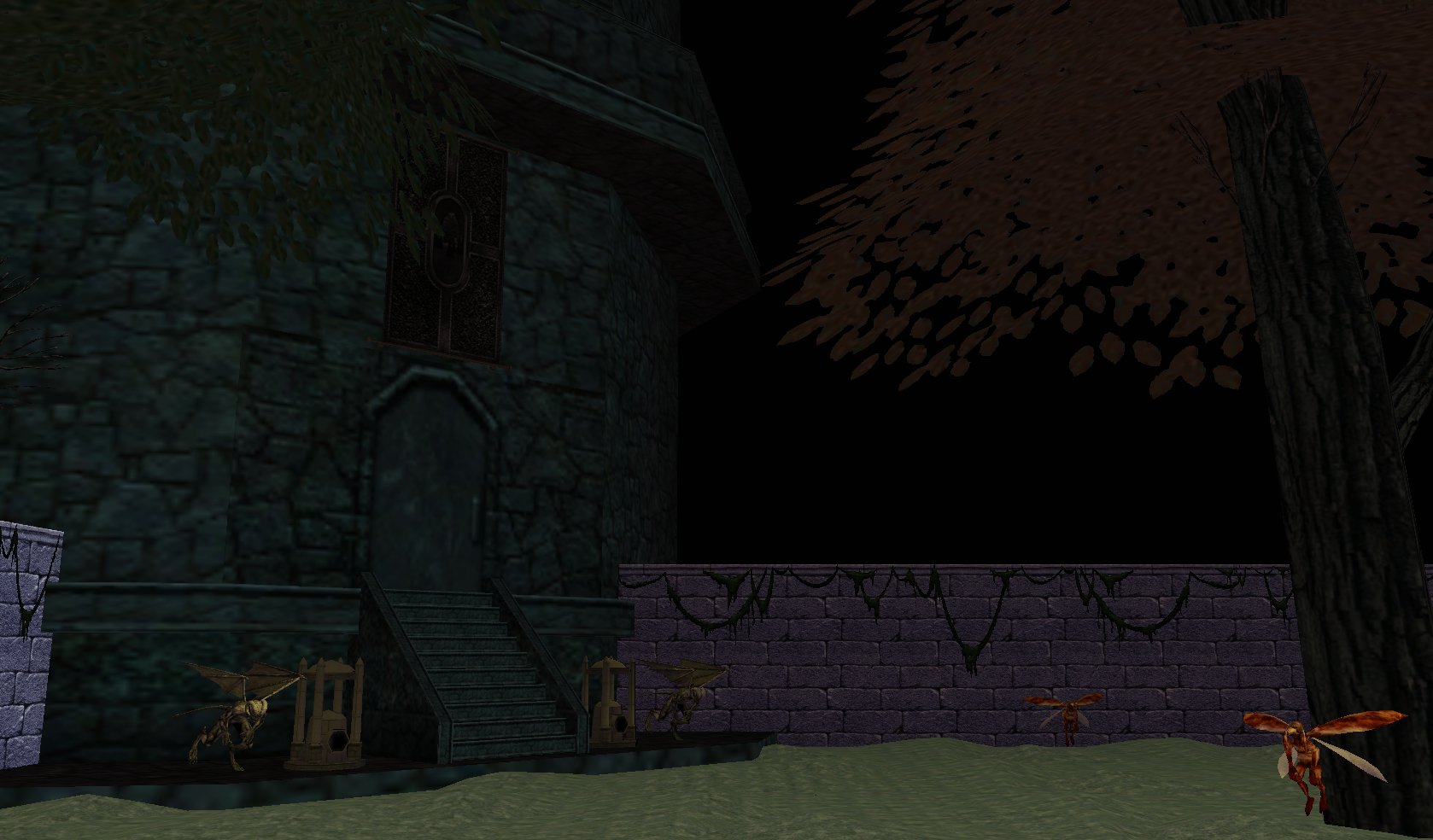 The Bastion of Thunder is comprised of four distinctive towers, each of which represents a type of storm. In each of the four towers is a giant, who is responsible for controlling these storms. These towers surround a courtyard, in the center of which sits a tower that houses the god known as Karana, The Rain Keeper. 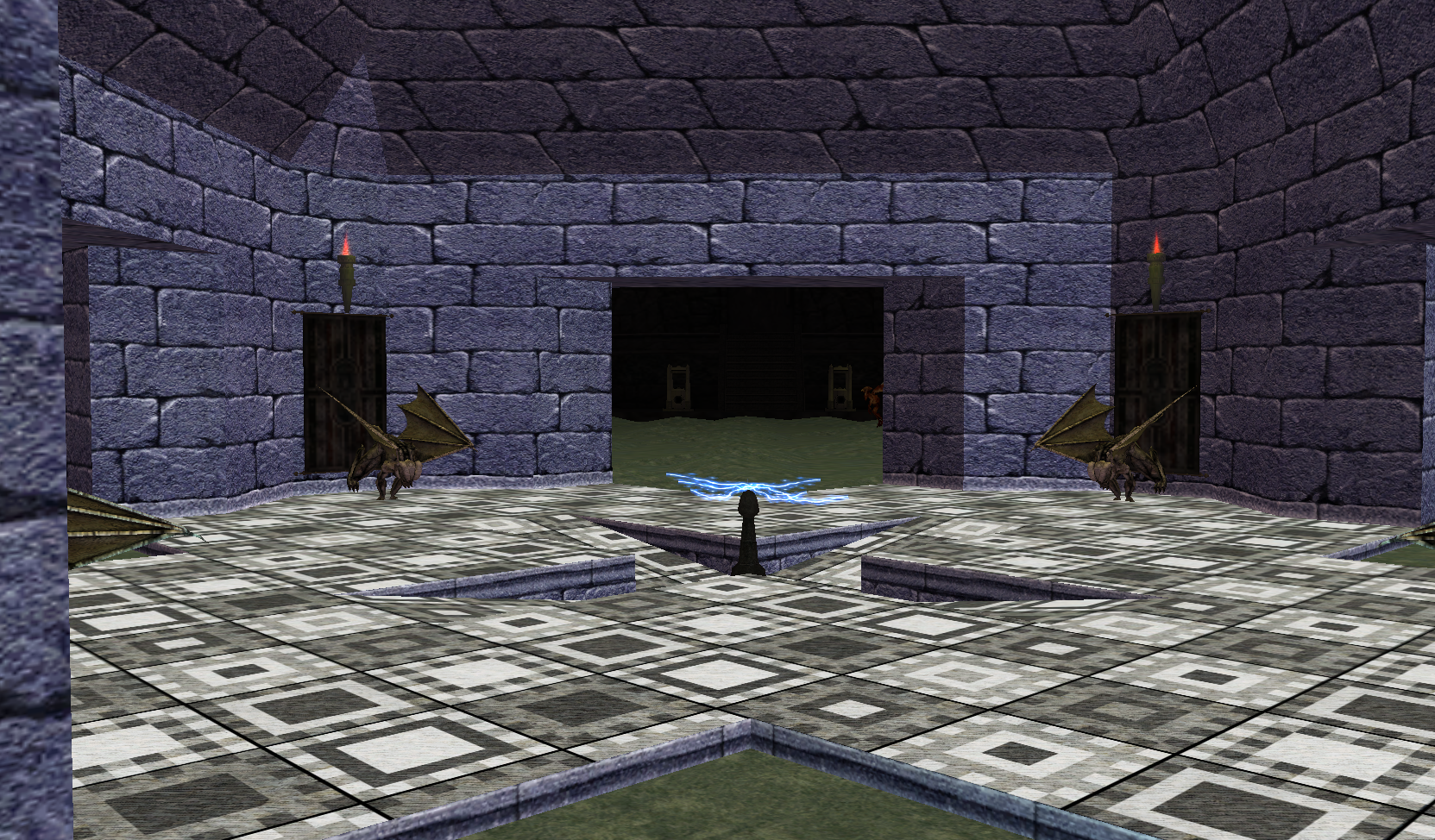 Unfortunately, Karana has been in a coma for ages, causing the giants to become aggressive and chaotic. Anyone who enters the Bastion of Thunder will find themselves bombarded with the worst and most dangerous of weather and natural disasters. You must work to free Karana, and as a reward you’ll be granted knowledge about the next tier of elemental planes.

The Plane of Time 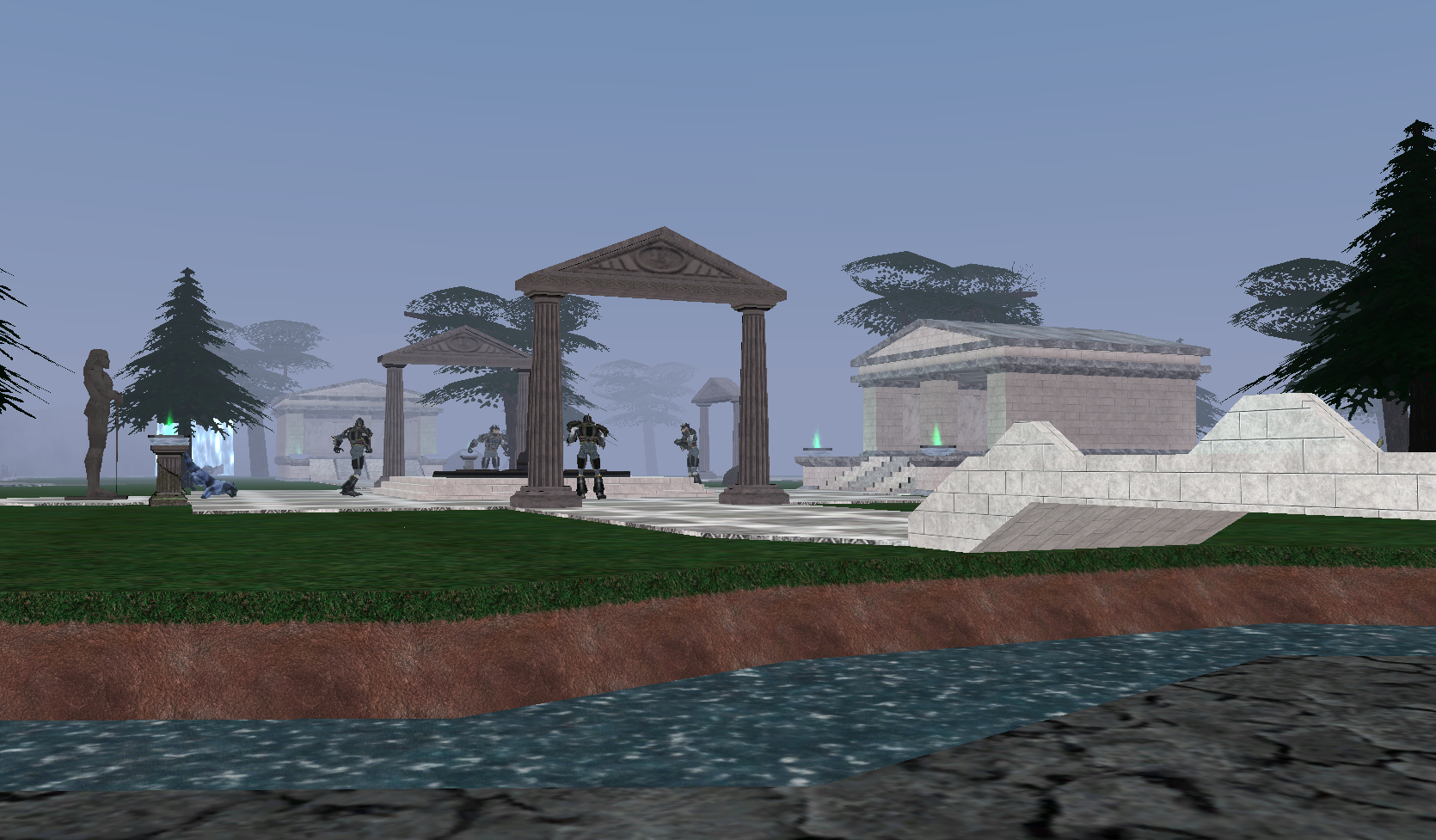 If you manage to make it to the Plane of Time, you’ll certainly be facing the biggest challenges yet. Rumors about this epic plane have swirled in and out of stories for years, but for some reason, no one can quite seem to remember anything tangible about it… 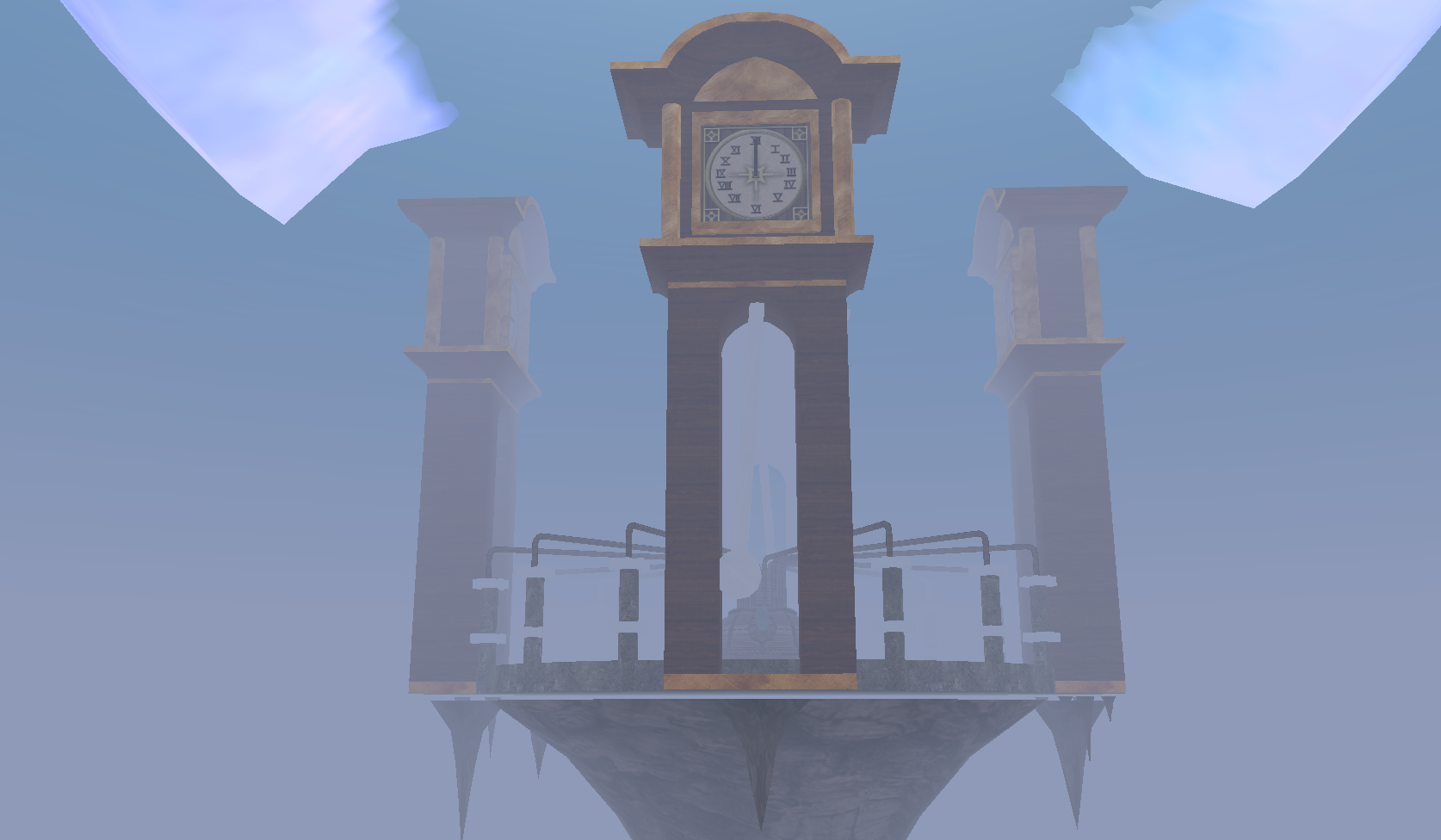 The Planes of Power brought a whole new dimension to EverQuest, and expanded the game far beyond the world of Norrath. Much member of the EverQuest team has had their own incredible experiences on the Planes of Power! We asked the team the following question, and have listed their answers below:

What is the most memorable moment you’ve had on the Planes of Power?

Roshen: Zoning into Plane of Time for the first time! All of the work clearing the previous raid encounters, getting guild mates flagged and geared, and having it all pay off.

Niente: My favorite zone in PoP is definitely Plane of Tactics. It was so exciting when the boars would stampede through the zone, and people fought (and died) over trying to get the piglet at the end. Rallos Zek the Warlord was extremely challenging, both to even catch the event up, and win. I remember wiping on that raid and trying to get back to the zone to get a flag before it was too late.

Ngreth Thergen: My greatest memories are two-fold.  Days in halls of Honor with my Wife duoing a wizard and a shaman. And hours quad kiting in Cobalt scar as the same wizard.  The camaraderie was excellent!

Mepps: For some time, it was a major coming of age milestone to be able to complete the Plane of Justice trials. It required one group – so most anyone could attempt it – but it was also restricted to one group – so you had to be advanced with gear, group composition, and skill as a team. We failed those trials, tried again, and failed again, for a very long time. We spent hour weekends getting stronger, dreaming of the higher planes, determined to pass. When we finally did, and the rest of the planes opened up, it was a day I will never forget.

Roxxlyy: The uncertainty behind discovering new planes was always thrilling to me – there’s something about trying to figure out how to uncover new zones that makes the whole PoP experience feel like an especially grand adventure.

What's your favorite memory (or zone!) from the Planes of Power? Let us know on Facebook, Twitter, or the Forums!

Share On:
Previous Article News Archive Next Article
Speed Up Your Selo Adventures with Teleportation …
Selo Unlocks the Planes of Power and Legacy of …
Download
Filter By: