Get ready to return to The Overthere in the upcoming EverQuest expansion Ring of Scale.

For decades the Teir`Dal controlled The Overthere, making it a haven for the dark races. They built up the defenses in their own style as the empire of the sarnak grew stronger. 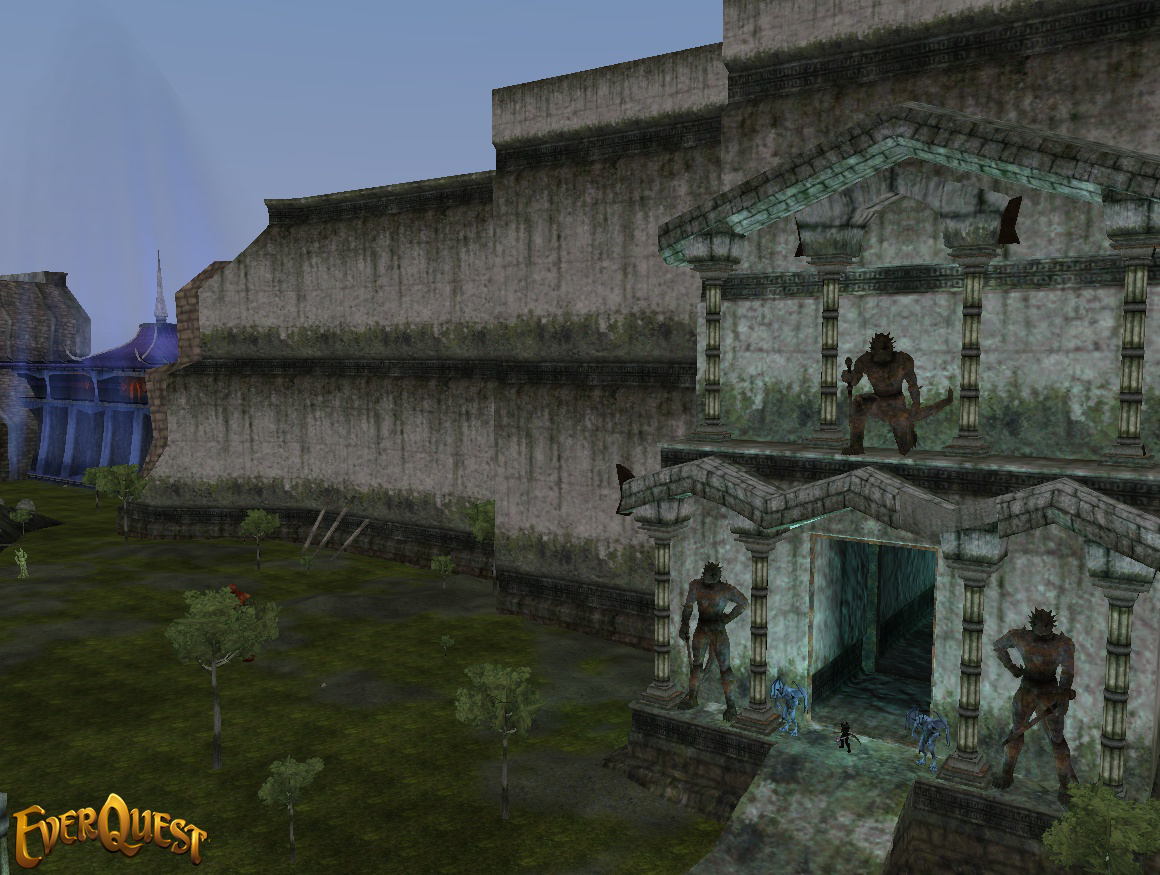 It was only a short while ago that the Combine appeared at their gates in the form of Tsaph Katta himself. He asked the Teir`Dal to join the Combine, but they refused. No true son or daughter of Hate, they said, would join such a group. Rather than risk facing the might of the Combine, the Teir`Dal simply abandoned their former haven.

Many returned home, some went someplace into the heart of Kunark, and a very few remained to assist the Combine. 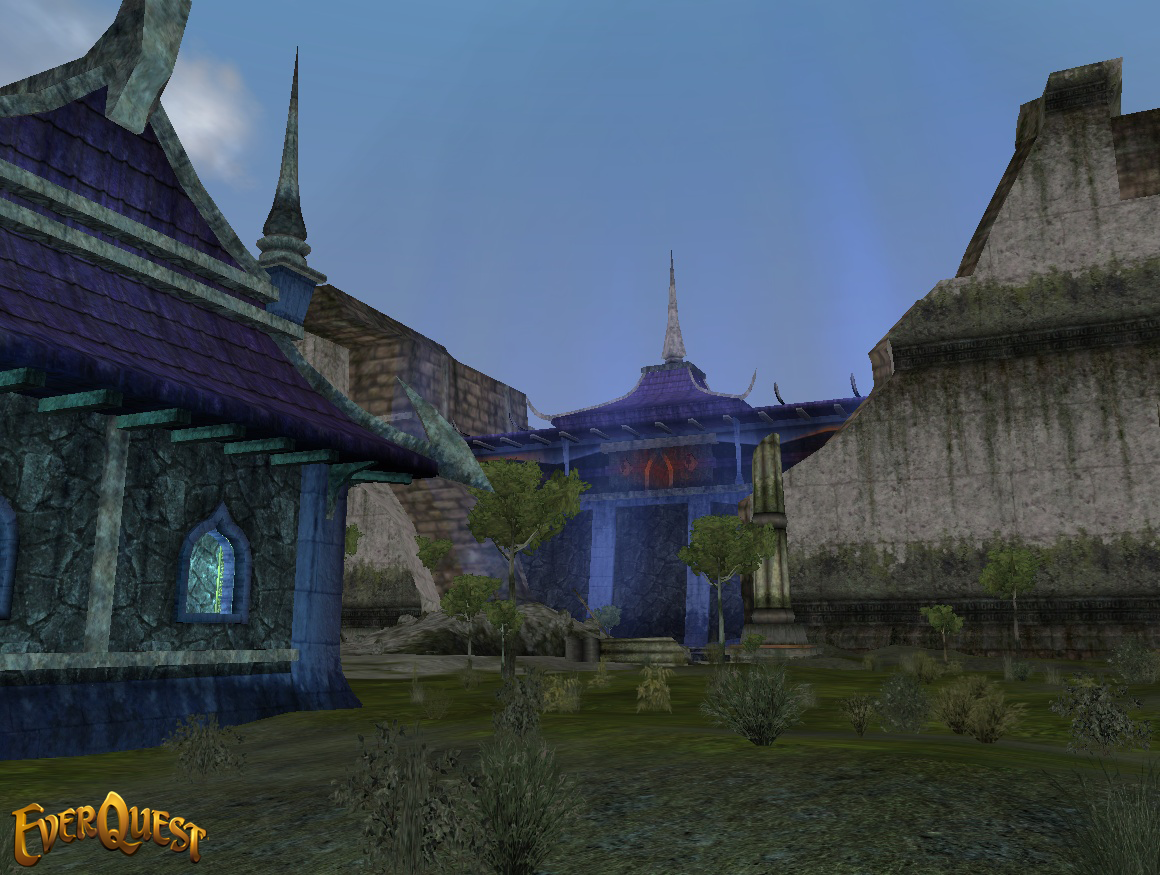 The sarnak themselves have only recently turned their sights on The Overthere. Their forces have become so numerous now that it is nearly impossible for most members of the Combine to travel safely through the area.

So far, however, direct conflict has not broken out between the two groups. The sarnak have not gathered the power needed to break the magically reinforced walls of the port, and the Combine just does not have the forces they would need to try to take the vast grassland beyond the port from the sarnak.

It is up to the heroes of Norrath to provide the strength the Combine needs to make The Overthere safe enough to re-open the docks.

"Oh, this? I earned a new staff when I took my new post as Magia Mortis here in The Overthere. I am the very first of that title, I'll have you know." 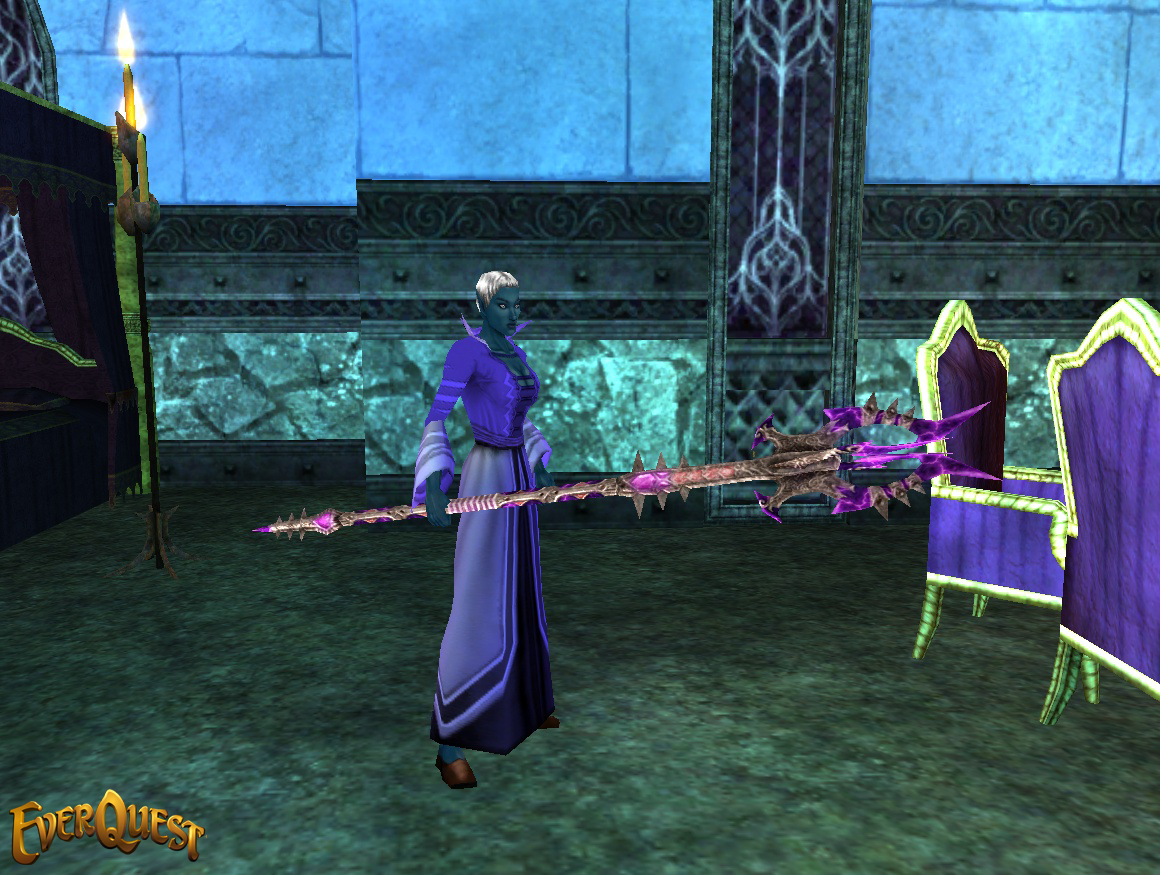 "My people, if you ask me, were too easily talked out of ownership of this port. We worked hard to build up her defenses against the sarnak, and it seems like a shame to just leave. They had their reasons, I know, and I can't be too unhappy with the new defenders.

The Combine have done a good job of keeping the sarnak at bay. And they do let me get on with my work, and that's important. There are always corpses to examine and chat with, you know, especially in these grim times."

The Combine needs your strength to push the sarnak OUT. Are you ready to head out and revisit The Overthere?

EverQuest: Ring of Scale is slated to launch December 12, 2017, but you can pre-order the expansion right now! If you're an All Access Member, you'll also recieve an additional 10% off of the expansion pre-order and more! You can learn more about All Access perks here.

Share On:
Previous Article News Archive Next Article
The Fall Fun Continues November 15 - 28!
Holiday Items Are on Sale in the Marketplace!
Download
Filter By: