Brush up on the Ruins of Kunark and everything this expansion brought to EverQuest. 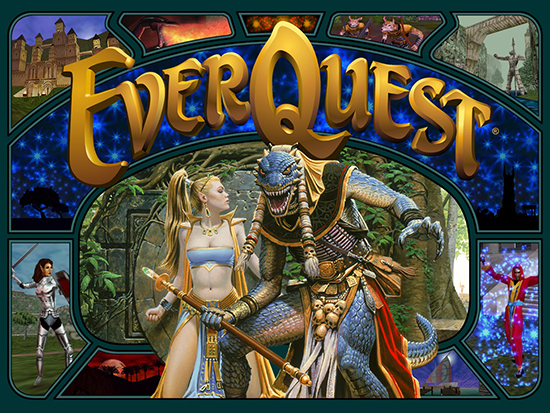 The Ruins of Kunark expansion is set to unlock on the new Agnarr PoP-Locked Progression Server on August 16, 2017. Take a moment to refresh your memory on what this expansion brought to EverQuest in this progression primer!

Ruins of Kunark: The Essentials

The Ruins of Kunark was EverQuest's first expansion, and it famously introduced the continent of Kunark and the Iksar as a playable race. The expansion also raised the level cap from 50 to 60 and introduced an Epic Quest for each class.

Kunark itself was known for it's truly massive open world zones, clever dungeons, and the multitude of ruins littered about the continent, nestled between dense jungles, lakes, and high mountains. Even now, remnant tribes of the regions many fallen empires continue to battle each other and the soon-to-be-arriving Norrathian adventurers, including the Iksar, Goblins, Sarnak, and Dragons. 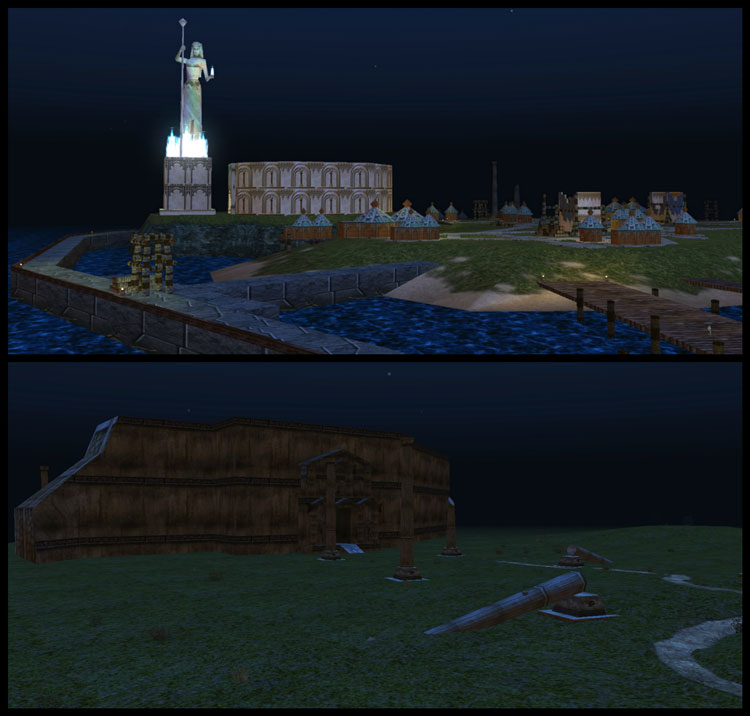 Iksars will find the whole world united against them, in Kunark and beyond, and will want to hold fast to their capital, Cabilis.

The Iksar maintain what's left of their rule in northwestern Kunark from their capital, Cabilis. While hostile to outsiders, young Iksar can venture with some safety into the surrounding Field of Bone and Warsliks Woods in the west, and into the Swamp of No Hope in the south.

True to its name, the Field of Bone is besieged by undead emanating from Kurn's Tower, the great stronghold overlooking the plane. Nearly forgotten, the ruins of Kaesora lie just a stone's throw from the capital, almost entirely buried under time and sand. 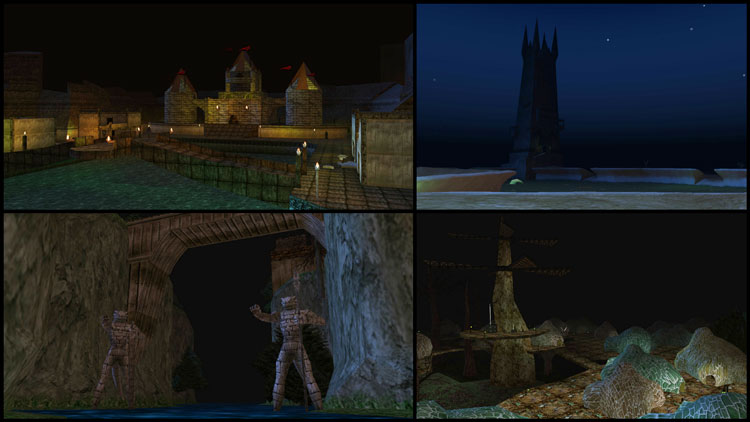 Warsliks Woods is a home to renegade Iksar, goblins, and giants, as well as a great river and surrounding canyons. In the north, the Crypt of Dalnir remains well-hidden and mostly undisturbed. Some would say it is not wise even now to now venture inside and disturb the Sarnaks within, but adventuring does not come without risks.

In the Swamp of No Hope, a large froglok settlement flourishes in the muck and muddy water, flowing down out of Trakanon's Teeth. Built among the large trees, the area surrounding the settlement is hostile to its core.

In the west, the remnants of the Sarnak empire roam largely uncontested from the Overthere in the north, through the Burning Woods to their home city Chardok in the west, and south into the Lake of Ill Omen and the Dreadlands. But even the Sarnak stay clear of the Skyfire Mountains, home to the dragons and Veeshan's Peak.

The Overthere and Firiona Vie share similarities that suit them for makeshift outposts - open spaces, relatively little hostile activity, and clear access to the Timourous deep, the ocean separating Kunark from the other continents. One difference - the dark elves have unwittingly built their outpost entirely too close to the Howling Stones, also known as Charasis, where love and loss are buried deep. Between both sit the Frontier Mountains, where the goblins continue to worship and dig in the Temple of Droga and the Mines of Nurga. 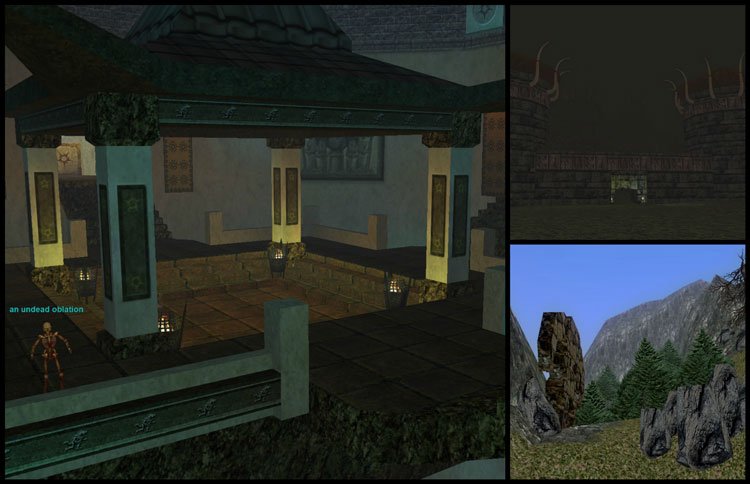 In the far west, the Sarnak hold sway from Chardok, though much corrupted and still falling into ruin. There, the royal family keeps the empire's oldest secrets and most valuable treasures. They maintain their presence down into the Lake of Ill Omen, aptly named, where a once great city and civilization waits beneath the waters to one day be rediscovered. Beyond, in the Dreadlands, Karnor's Castle still stands virtually unblemished surveying the mountains, a testament to dark magic and lingering sacrifice. 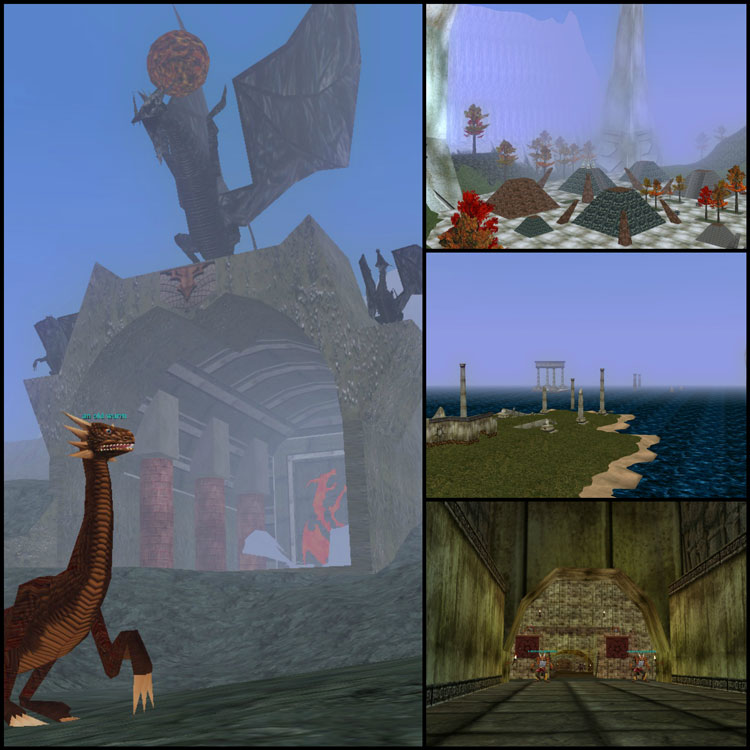 Extreme caution is warranted before any interaction with dragon kind, and this warning is never more dire than when venturing to the Skyfire Mountains and to the dragon city that lies beyond in Veeshan's Peak, where the Lords of Scale await.

East and south are Kunark's wildest lands, where great beasts, frogloks, and dragons roam dark jungles packed with some of the world's tallest trees. Most infamous of these denizens is Trakanon, ruling the surrounding wilderness from his lair deep inside the ancient Iksar city of Sebilis. 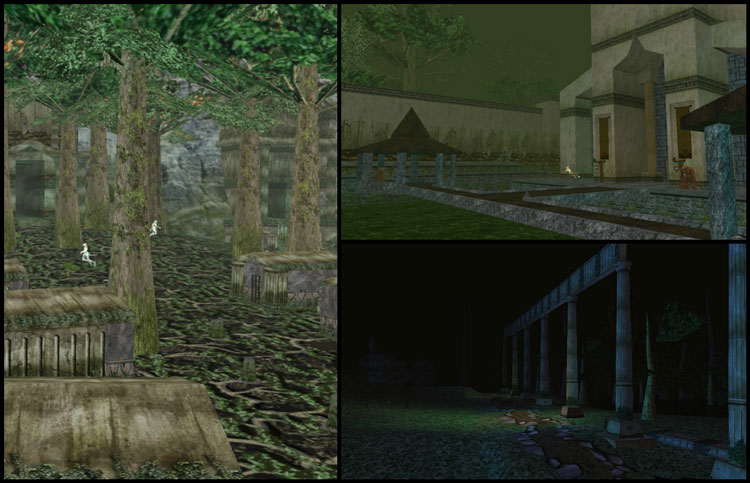 The Emerald Jungle lies close to Cabilis, separated by a great cliff. Found within is the ancient City of Mist, once a city devoted to Cazic Thule, now a graveyard for its once inhabitants. Beyond is the forest of Trakanon's Teeth, where unquiet souls still mourn the ruins of Old Sebilis, the once-great capital of the Iksar empire. Dethroned and destroyed, what's left of the city has been conquered by the dragon Trakanon and his many minions.

Besides all of it - the Ruins of Kunark is simply stunning start to finish - members of the EverQuest development team all have their own suggestions. We asked the team the following question, and have assembled their answers below.

If there was ONE thing players should be sure NOT to miss in Kunark, what would that one thing be?

Ngreth: Don't miss Gorenaire when you are in the Dreadlands...or she may find you and make you lunch!

Prathun: Agnarr is the first server to ever have the restored Kunark quests available immediately when the Ruins of Kunark expansion unlocks. These are lengthy progressive vintage quests with quality era-appropriate rewards. There's a unique title awarded to the first character on the server to complete each quest as well!

Roxxlyy: Kaesora might not have the most challenging monsters, but the dungeon's confusing twists and turns make it a uniquely dangerous place. After you hit the bottom of the dungeon, you've got a long way to go if you want to find your way back out - good luck retracing your steps!

Holly: You can’t say you’ve really done Kunark unless you’ve spent XXXXXXXXXXXX hours grinding XP in The Overthere. Met some of the best people ever – and had some great fun -- during those roving Succulent and Cockatrice endless-death PUG groups.

Roshen: Playing 1-60 as an Iksar never leaving Kunark. In Classic EverQuest, finding places to level in certain level brackets can be challenging. Kunark leveling can be contained on a single continent, and the story told through quests is interesting and engaging.

Mepps: Howling Stones. From getting keyed outside, to working through the keys for the different wings inside, this has always been one of my all-time favorite and unforgiving dungeons.

What's your favorite thing in Kunark? Don't miss any of ours, and remember the Ruins of Kunark unlock on Agnarr on August 16!

Share On:
Previous Article News Archive Next Article
Get Ready for a Bonus Weekend! May 24 - May 28
The Ruins of Kunark is Unlocking on Coirnav!
Download
Filter By: