It’s been an awesome 17 years, and we appreciate that you’re here with us to celebrate our 17th Anniversary.

For our 17th Anniversary, Krasnok's ship, Hate's Fury: The Scorned Maiden, has set sail once again!

Krasnok’s 16 new officers will offer a challenge for groups of level 105 adventurers. Each carries a Commemorative Coin as a reward for defeating them.  If you can overpower all of them you will be able to unlock the door to Krasnok's cabin and face the Captain himself! To battle him, however, you will need a raid of level 105 characters. Defeating Captain Krasnok will result in raid-quality rewards.

Get a new gnome character, find Tipsy Teena in Ak`anon, and join us for a drunken gnome race of WHATEVER server you play on! 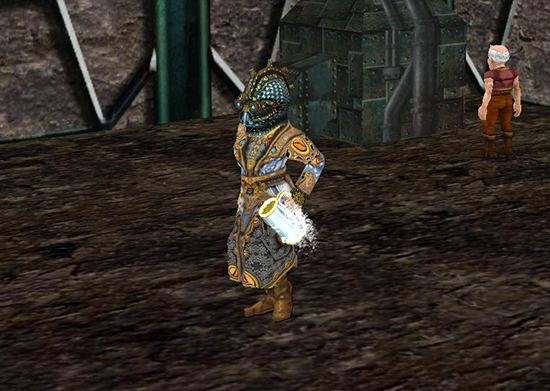 This event starts a few times each day! Server-wide messages will go out prior to each race, so you always have a chance to join if you want.

NOTE: You need the Hero’s Forge feature on your character to use these ornaments. These pieces are tradable, until you use them on a character.

Also, look for NEW rewards that will become available on a jubilant merchant for Commemorative Coins! Look for her in the Special Celebratory Goods section of your find window in the Plane of Knowledge!

We appreciate your support over these 17 years, and we hope you enjoy celebrating our 17th Anniversary with us in-game!