Join the EQ team next Wednesday for a special expansion livestream! Read on for details about how you can participate, pre-order the game, play beta, and more!

Join the EverQuest team on Wednesday, October 25, 2017 at 10AM PT* for a Ring of Scale expansion livestream on Facebook Live! 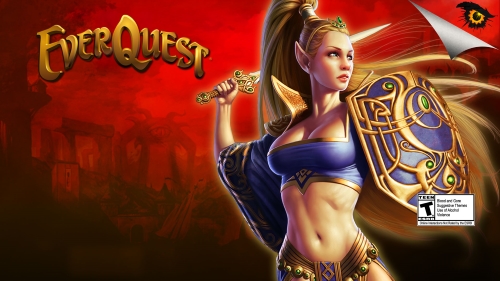 During the livestream, the team will reveal new zones and items, discuss game lore, and share some of the expansion's exciting new features! The team will also answer a handful of player questions about Ring of Scale, so be sure to hop in and chat with us!

Your journey won't end when the livestream is finished - if you love what you see, you'll be able to pre-order EverQuest: Ring of Scale that day! Pre-ordering the expansion will give you access to the Ring of Scale beta, which is also slated to begin on October 25, 2017!

If you want a refresher on what's already been revealed about the upcoming Ring of Scale expansion you can check out Lauren McLemore's latest EverQuest Producer's Letter.

We'll see you on October 25, Norrathians!

*Convert to your local time