Caverns of Endless Song: A Melody to Weather the Storm

In The Darkened Sea, there is a mysterious cave to the north that calls to you.

Ahh, love. A tale as old as time. But what’s this - a tale of unrequited love? Perhaps. We are not all as lucky as you, hero. This is the tale of Sillsia, one of the most entrancing sirens you will ever meet. And yes, you will meet her. 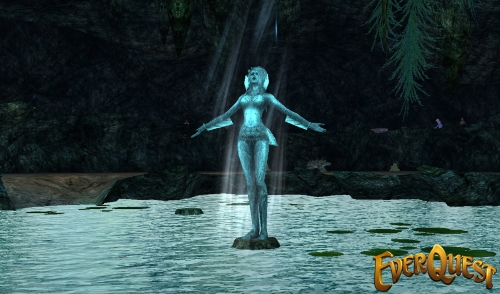 Long ago, the fair siren Sillsia, whose silvery flowing hair shone like the moon, sang the song of her people. This was much like any evening, really. Hoping to ensnare some half-witted pirate or hapless merchant, she sung as beautifully as ever. That night, however, a man came. He was unlike any she had ever met. His willpower allowed him to be unaffected by her song. This perplexed the watery maiden. She was the one ensnared by him! Overjoyed with this new sensation that washed over her, she expected that they be wed immediately. The handsome stranger agreed to marry, but only after he returned. That day never came.

For years, Sillsia waited. To guide her love back to her, she sang the same song every night – the song she sang when she met him that fateful night. The days turned into weeks. The weeks turned into months. The moons flew by and before she knew it, years had passed. She wondered if something terrible had happened to him. Then she heard it in the darkness – a melody. What if her love had mistakenly fallen prey to one of her sisters’ songs? Angry, the next day she crept into her sisters’ chambers and used her own magic to steal their voices. If her love was still out there, he would not be led astray. 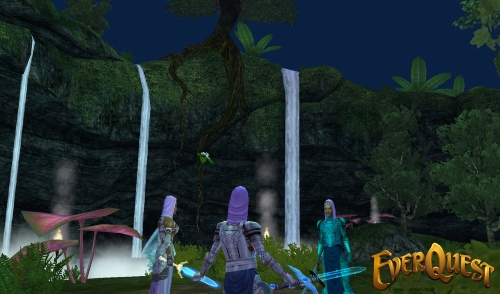 After the great storm started, the northern islands of Buried Sea were no more. They were whisked up in the magical chaos caused by the Karana-worshiping kedge wizards. Her faithful sisters followed Sillsia into a newly created grotto to take refuge from the ever-growing storm. It is now called the Caverns of Endless Song. It is there that Sillsia guards the voices she has stolen and it is there that she hopes to lure her love back.

And that adventurer is where you come in. You see, many people have friends down there in that grotto. Those who are strong of will wish to recover their lost companions from the sirens, whatever the cost. However, they have no chance for success opposing Sillsia and her sisters unless they get additional aid.

If things aren’t set right in the Caverns of Endless Song all of Norrath could be cast into darkness. Will you travel here and lend your assistance? 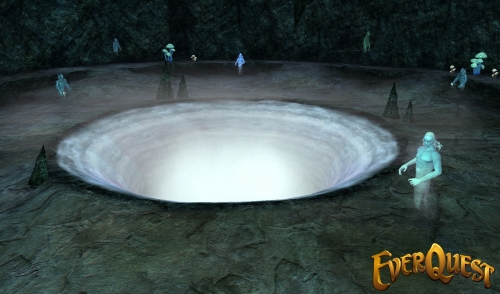 There’s much more to unravel in EverQuest’s 21st Expansion: The Darkened Sea! Keep an eye (or fin) on the official EverQuest website for more zone previews, sneak peeks, details on how to eventually buy the expansion, plus more. The next EverQuest expansion splashes online on November 11, 2014. However, All-Access members get to purchase and play the expansion a full two weeks earlier, on Tuesday, October 28, 2014.

Share On:
Previous Article News Archive Next Article
Tempest Temple: The Storm is Coming
Nights of the Dead Returns to Norrath!
Download
Filter By: