Cookies must be enabled in order to view this site correctly. Please enable Cookies by changing your browser options.
Featured

Who's ready to check out what’s coming this year?

Yup, the roadmap is back! Given all the positive reactions from the "experiment" we started last year we've decided to bring this back again for this year. Although before we dive into our plans for 2023, let's look at some of the things we accomplished in 2022...

In 2022, we delivered on every point in the roadmap (eventually). Our extended family that is EverQuest got to see the Community Resource Council come to fruition, 64-bit upgrades to servers and clients, our 23rd Anniversary celebration, many updated holiday in-game events, new progression servers, new classic achievements, the much-anticipated Heroic Characters update, an unbelievable and very humbling Extra Life response, and last but certainly not the least, the launch of Night of Shadows. We got a lot accomplished and now we're gearing up for another milestone-making year!

We're excited to share with you our 2023 plans. A reminder that these are high-level goals and target delivery dates and do not list everything we will be doing. We will continue working on other updates to the game, fixing issues, and making "quality of life" improvements (such as UI tweaks, etc.). Without further ado, here are our big plans for EverQuest 2023! 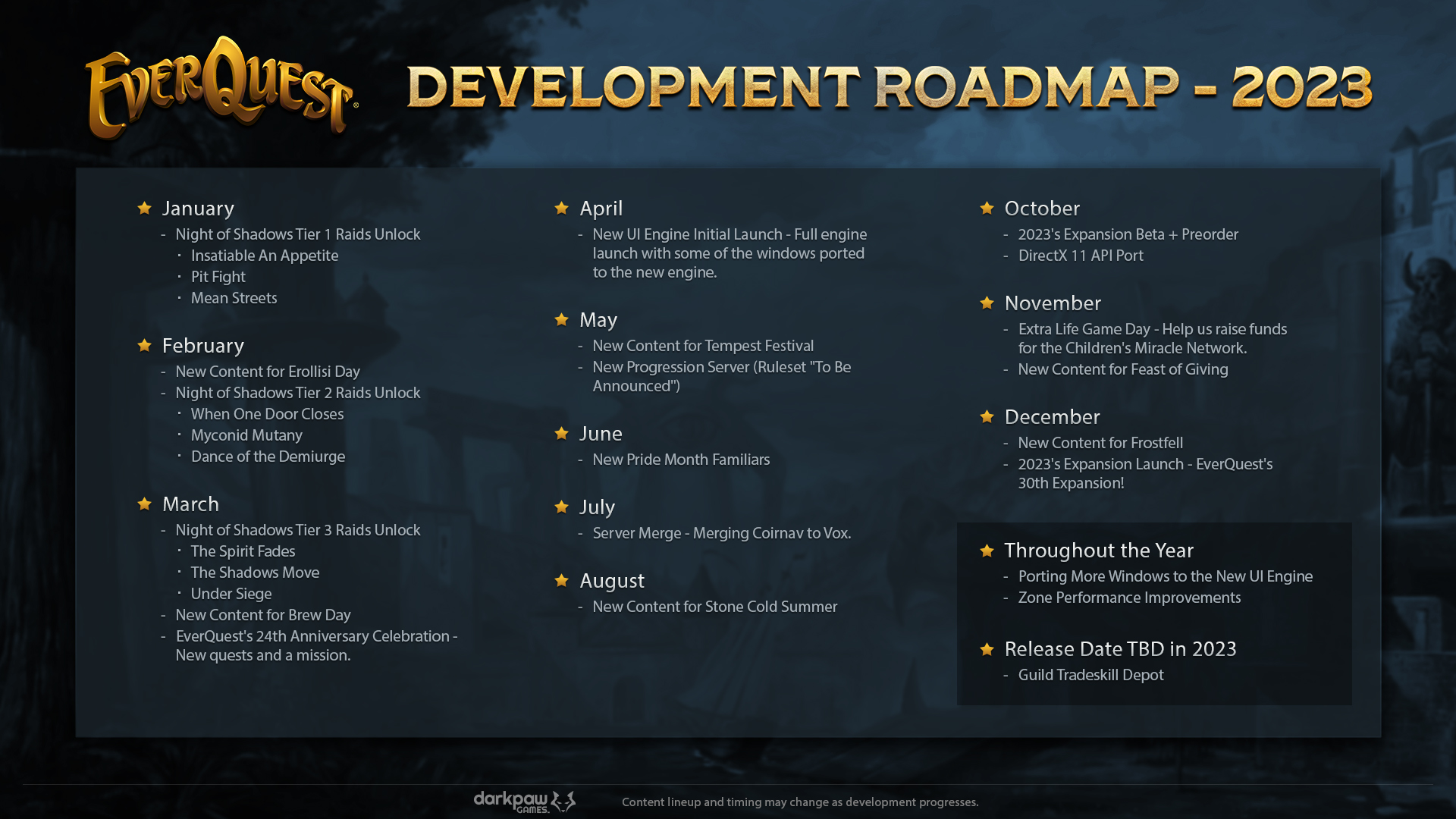 And there you have it—a group shot of our high-level goals for this year; dates and events are subject to change. So, with loads to look forward to, let's gear up, mount up, and get ready!

May your anniversary grant you the best of rings,